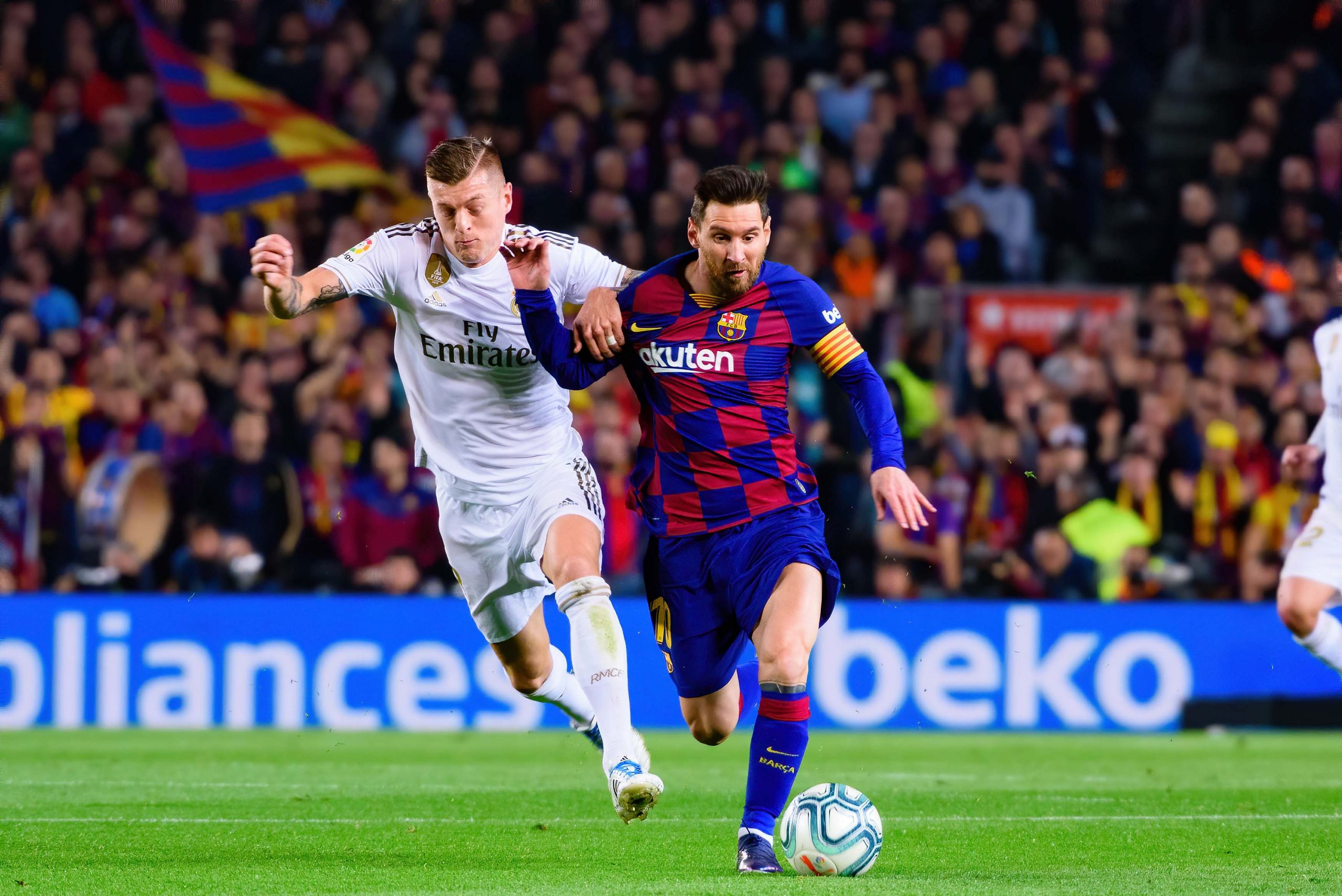 Every season, there are a few football matches that no football fan should miss. We’ve compiled a list of the most important football rivalries in European football.

The North London derby is one of the most praised matches in English football. A very heated rivalry that has been going on for at least 169 matches already. It is two teams with different styles that clash together in this football classic. Tottenham, historically, have played a more offensive football, which by norm is more attractive to watch in contrast with the more defensive games that Arsenal usually displayed, though this changed in the 90´s with the arrival to Arsenal´s bench of Arsene Wenger, who created one of the most aesthetically pleasing football teams of the time.

Historically Arsenal have had the most successes when it comes to this derby, bringing to their fans some of the greatest matches ever seen. When the North London derby begins the capital of England stops to carefully see what is going on in the football field, the north part of the city bustling with fans from both teams, chanting their legendary songs and giving all their support to their players.

Though over the past years Tottenham have been more present in European competitions, even reaching the champions league final against Liverpool, Arsenal still want to know that they are best than their neighbours by beating them in the North London derby.

Milan, one of the most beautiful cities in Italy, known for it´s beautiful architecture, it´s fine art, cuisine and fashion capital of Europe. Everyone knows this, but, what some people don´t know is that the Northern Italian city concentrates two of the biggest football teams in Italy. Two teams with a very heated rivalry.

Both have been kings of Italy and Kings of Europe, every time they play, they fight to see who is the real owner of San Siro, the stadium that they share and the stadium they fight for. Both teams have incredible tifosi, thus, when the day these two giants must play each other arrives the city turns into a turmoil.

The derby Della Madonnina is one of the most heated derbies in the world, this is because both teams have a past, and, consequently, this rivalry isn´t strictly about football, but has also political and religious touches rooted in this football match. Every world-class player and coach that has passed through any of this teams will agree that the Milan derby is something different in Italy, not only Milan but the entire country is expectant on what is happening on the field. The derby Della Madonnina is without a doubt, Italy´s biggest game.

The Merseyside derby, one of England´s oldest rivalries. This thrilling derby puts together the two primary teams from Liverpool. This derby is one of the most heated derbies there can be, in part, because the headquarters of both teams are literally within viewing distance from one and other.

Historically, this football match has been played since the 20th century and Liverpool normally have been the top dogs of the derby, though Everton has put up some beautiful matches and have displayed some impressive football.

The Merseyside derby has it´s name from the county in which Liverpool is located in England, and, without a doubt it is one of the best options to go and watch a football match in England.

Another English match on the list, and again involving Liverpool. This football match have, arguably, the two most historic and legendary teams of the premier league. Two different cities with different pasts, Anfield vs Old Trafford, who will win?

Although over the past years the balance has turned more to the side of Liverpool due to the delicate situation Manchester united is going through. However, this match has left some of the most iconic moments in English football and has always been an incredibly interesting football match to watch.

Two English giants on the field playing against each other, the entire country stops to watch this game, a true legendary football match worth of seeing and a must if you are a football and a premier league fan.

A game that confronts the two biggest cities in Spain and two of the best worldwide known cities in the world. The teams that play El Clásico are the best two football clubs to ever have existed. They have hosted the best players and coaches from all around the world, they have won crazy amounts of national trophies and European trophies. They represent completely different ideas, completely different cities with one objective, whoever wins this match is the best team in the world.

In the above-mentioned matches, all of the incredibly great matches, the country of origin of the team stopped to see the match, for this one, it is the world that stops. El Clásico is one of the most viewed sporting events throughout the season every year, since real Madrid and Barcelona have the two biggest and most international fan bases in the world.

This game also has a political side, With Barcelona portraying the independence of Catalunya and Real Madrid the unity of Spain. Additionally, for a lot of years both of this teams hosted the two best players in the world, Real Madrid had Cristiano Ronaldo and Barcelona had Messi.

No other club match in the world can bring more attention, passion excitement and true football than El Clásico. Without a doubt the most legendary rivalry in Europe and in the world, signing some of the most iconic moments the world of football has ever seen.